An impacted tooth is a tooth that gets blocked as it is pushing through the gum into your mouth (erupting). Wisdom teeth often are impacted. Wisdom teeth usually begin to come in between the ages of 17 and 21. Dentists call these teeth third molars.

An impacted tooth is one that fails to erupt into the dental arch within the expected developmental window. Because impacted teeth do not erupt, they are retained throughout the individual’s lifetime unless extracted or exposed surgically. Teeth may become impacted because of adjacent teeth, dense overlying bone, excessive soft tissue or a genetic abnormality. Most often, the cause of impaction is inadequate arch length and space in which to erupt. That is the total length of the alveolar arch is smaller than the tooth arch (the combined mesiodistal width of each tooth). The third molars are frequently impacted because they are the last teeth to erupt in the oral cavity. Mandibular third molars are more commonly impacted than their maxillary counterparts. As a general rule, all impacted teeth must be removed, except canine teeth; canines do not need surgery and may just remain buried and give no further problems. 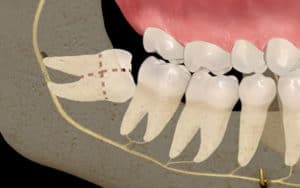 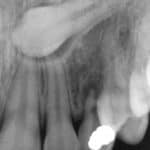 The Lefort I maxillary osteotomy with interpositional bone grafting

orthognathic surgery is performed by an oral and maxillofacial surgeon (OMS) to correct a wide range of minor and major skeletal and dental irregularities, including the misalignment of jaws and teeth. Surgery can improve chewing, speaking and breathing.

Orthognathic surgery is a well established and widely used treatment option for insufficient growth of the maxilla in patients with an orofacial cleft.[6] There is some debate regarding the timing of orthognathic procedures, to maximise the potential for natural growth of the facial skeleton.[7] Patient reported aesthetic outcomes of orthognathic surgery for cleft lip and palate appear to be of overall satisfaction,[8][9] despite complications that may arise. A potentially significant long-term outcome of orthognathic surgery is impaired maxillary growth, due to scar tissue formation.[10] The Cochrane collaboration released a systematic review comparing traditional orthognathic surgery with maxillary distraction osteogenesis. The review found both procedures effective, but suggested distraction osteogenesis may reduce the incidence of long-term relapse.[11] It should be noted that the quality of evidence was rated low, as only one study was included.

The surgery might involve one jaw or the two jaws during the same procedure. The modification is done by making cuts in the bones of the mandible and / or maxilla and repositioning the cut pieces in the desired alignment. Usually surgery is performed under general anaesthetic and using nasal tube for intubation rather than the more commonly used oral tube; this is to allow wiring the teeth together during surgery. The surgery often does not involve cutting the skin, and instead, the surgeon is often able to go through the inside of the mouth.

Cutting the bone is called osteotomy and in case of performing the surgery on the two jaws at the same time it is called a bi-maxillary osteotomy (two jaws bone cutting) or a maxillomandibular advancement. The bone cutting is traditionally done using special electrical saws and burs, and manual chisels. The recent advent of piezoelectric saws have simplified bone cutting, but such equipment has not yet become the norm outside of the most developed countries. The maxilla can be adjusted using a “Lefort I” level osteotomy (most common). Sometimes the midface can be mobilised as well by using a Lefort II, or Lefort III osteotomy. These techniques are utilized extensively for children suffering from certain craniofacial abnormalities such as Crouzon syndrome.

The jaws will be wired together (inter-maxillary fixation) using stainless steel wires during the surgery to ensure the correct re-positioning of the bones. This in most cases is released before the patient wakes up. Some surgeons prefer to wire the jaws shut.

In some cases, the changing of the jaw structure will cause the cheeks to become depressed and shallow. Some procedures will call for the insertion of implants to give the patient’s face a fuller look. 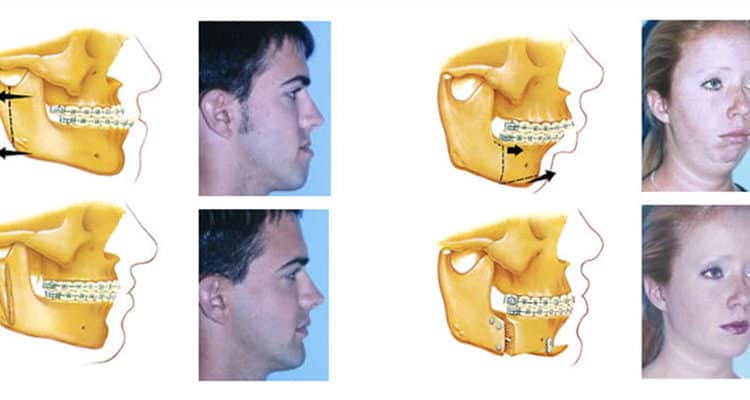 Cleft lip and cleft palate, also known as orofacial cleft, is a group of conditions that includes cleft lip (CL), cleft palate (CP), and both together (CLP). A cleft lip contains an opening in the upper lip that may extend into the nose. The opening may be on one side, both sides, or in the middle. A cleft palate is when the roof of the mouth contains an opening into the nose. These disorders can result in feeding problems, speech problems, hearing problems, and frequent ear infections. Less than half the time the condition is associated with other disorders.

A cleft lip or palate can be successfully treated with surgery. This is often done in the first few months of life for cleft lip and before eighteen months for cleft palate. Speech therapy and dental care may also be needed. With appropriate treatment outcomes are good 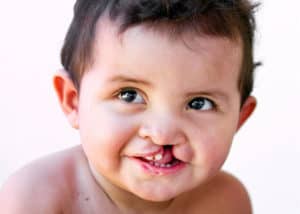 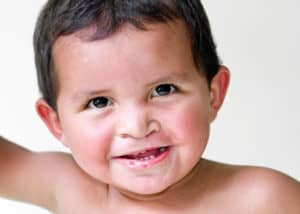 We Smile Kochi Dental Clinic located at Kadavanthra & Palarivattom, welcome you to a whole new world of dentistry to make your smile better. We are here to give you best of the treatment and provisions available. We offer comprehensive services from all fields of dentistry.